Because Josh and his family took the time and opportunity to think and to take the authority to direct his supports in a way that makes sense to them, Josh’s life is more and more being built around his passions, value and interests and who he is rather than around what people think of as his limits. 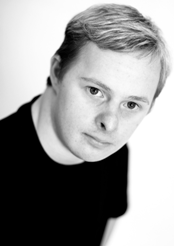 Sometimes things happen around us, not because of what we are doing but because of what we started. 4 years ago Josh and his family saw his future as being in a day service with constant support from specialist staff. Josh was at Milparinka on a full time basis. He wasn’t allowed anywhere on this own except for a shop about 100 metres from his house with his family watching on the footpath, he was never allowed to stay at home alone.

What does Josh’s do now:

He no longer attends a disability specific program at all

Plays golf at his local golf club and can now share golf stories with other golfers. He also shares stories with his mother, a keen and accomplished golfer herself, around
the kitchen table.

He has had a role as an assistant green keeper at the golf club. Josh learnt a lot about land care from his years of volunteering at Conservation Volunteer Australia. While he did not know much about golf at all, his work experience with Conservation Victoria gave him a head start and allowed him to focus on what he needed to succeed as an assistant green keeper, i.e. learn about the etiquette and rules of golf.

Attends the gym regularly just like any other member

Whereas his life before was full of other people with disabilities who he didn’t choose to be with he is now choosing who and what makes sense to himHe stays home alone now so his family can go out for tea and he doesnt have to go.

He moves around the community independently using public transport.

But that’s not the best of it. The best bit is when young guys like Josh start doing what young guys do and shape their own lives. The email below talks about how Josh is starting to shape his life in a way that makes sense to him. Jenny his mother, who when we first spoke to about Josh’s life over 4 years ago would never have seen this coming. The email included below was from Stephen who works at Milparinka.

Josh rang me today and told me he got a volunteer job with his local gym. He helps out prior to the sessions starting by helping setting it up, does 2 sessions then helps clean up put stuff away etc after it and then hangs out until he goes home at 12.30. The gym instructor, Michael, approached Josh about this. They worked it out between them and then told Jenny (Mum). Jenny is pretty happy about this to say the least. It’s not paid but Josh is not doing it for the money. He is doing it because that’s what he wants to do. Milparinka’s role was nil in this. Josh just kept going to the gym twice a week and this naturally developed. “Just as its supposed to” is what Jenny said.

Just as with many people’s lives things don’t stay the same in Josh’s life either. Josh hasnt done all of these things at the same time. Sometimes he sees something more interesting and moves on to that. Josh loved playing gold but in tasting life he found something he liked better. He stopped playing golf and took up art. He always had a passion for art but he kept it close to his chest as it was some thing quite personal to him and not some thing that he felt confident enough with to share, except with those close to him. Josh used his money to hire a professional artist, Vincent, who worked closely with him and his family. Vincent has exhibited all over Melbourne and the US and is an accomplished and acknowledged artist in his own right. Vince got to know Josh and his family before they put brush to canvas. Vincent worked with Josh in a way that enabled Josh to think differently, understand, createand follow a theme and finally to put brush to canvas. This process took about one year.

Once Josh started producing art he experimented with different kinds of mediums, textures, materials and themes. As this processed Josh became more confident with his art and began to develop a style of his own. All along Josh, the family and Vince were working towards Josh exhibiting his art as an artist in his own right. And exhibit he did. Joshua exhibited at the renowned Brunswick Street Gallery Fitzroy and sold almost all of his works. The first interest came from the general public as they were loading in. As the art was being taken into the gallery a passer by saw a piece of work, looked at it closely, went up to the gallery and had a look at it hanging and then said she would be back the next day with money to buy it. She did come back the next day but it had been sold already. Josh thought this was just fantastic.

Interestingly what Josh seems to have taken away from this experience was being able to see other works of art, meet artists and see his art hanging in a gallery with other pieces of art. The experience placed himself as an artist into a context that he understood. He really understands and appreciates at a different level what art is and what it means to him. He could relate to it at a level and in a way that made him very comfortable and confident. He began to get a real sense of identity. Next up for Josh is to get a studio of his own and prepare for his next exhibition.

Josh also uses his package of funds to buy lessons form a dance teacher.. he loves dansincg to.